A delightful energising tea blend of mint and green tea with a burst of citrus will inspire and invigorate the mind. The herbs in this delicious award winning tea positively effect cognition and brain function. They help improve memory and focus and assist with increasing mental clarity. This is the perfect tea for students to enhance their learning ability. CognitiviTEA received a silver Golden Leaf Award at the 2019 Australian Tea Expo.

TIP: Green tea should be brewed at around 80°C. Steeping tea for too long or using boiling water will result in more tannins being released, resulting in a bitter and more astringent tea. There are two ways to make sure your water is not too hot, either stop the kettle just before it boils, or pour boiling water into your tea cup or pot first to allow it to cool a little before adding your tea.

At Bodhi Organics your health and that of the planet is of utmost importance to us. That’s why we only use the highest quality certified organic teas and herbs in our blends. Our packaging is eco-friendly recyclable boxes and 100% biodegradable plant-based bags. We also recommend you reuse your used tea leaves to nourish your garden or pot plants. Your plants will love it!

Green tea has been found to improve working memory and sustained attention and induces mental clarity. Green teas beneficial effects on cognition are due to a combination of L-theanine and caffeine. (2)

L-theanine has a calming effect which seems to mitigate the negative aspects of caffeine, such as anxiety and difficulty sleeping, while enhancing it’s positive effect of improving attention.

Ginkgo has long been used in China as a traditional medicine for various health disorders including poor memory and concentration. Ginkgo is well known for its ability to improve focus and memory and for enhancing mental performance.

Ginkgos brain-boosting benefits are due to its ability to increase circulation to the brain and improve the health of blood vessels. (1)

Research shows that ginkgo can help protect against cognitive decline, particularly in people with dementia or Alzheimer’s disease. (2)

A recent study has found that curcumin, the active compound found in turmeric, can help protect the brain.(1)

Researchers have found a link between improved cognitive performance and the consumption of turmeric. A study indicated a lower prevalence of Alzheimer’s disease in Indian people who consumed curcumin in curry on a regular basis, and better cognitive performance in older adults. This provides further evidence that curcumin consumption can provide neuroprotective benefits. (3, 4)

Bacopa has a long history of use in Ayurvedic medicine as a nervous system tonic and for the treatment of a number of disorders, including anxiety and poor memory. In Indian bacopa is commonly known as ‘Brahmi’ after Brahma, the creator god of the Hindu pantheon.

Bacopa has the ability to invigorate mental processes, while making you feel calm. Bacopa is a potent adaptogen and a natural stress reliever. Bacopa helps the body adapt to daily stress in a better way. (1)

Animal research has shown bacopa to have positive effects on the brain, including reduction of depression and anxiety, and enhancement of the effects of neurotransmitters acetylcholine and serotonin and GABA. (2)

The bacosides in bacopa are said to enhance cognitive function by improving the transmission of nerve impulses. Studies have found that bacopa can improve higher cognitive processes critical for learning and memory. (3)

Lemongrass has a calming effect on the brain and it can help relieve stress.

Peppermint has been found to help enhance memory and increase altertness. (1, 2)

The antioxidant limonene found in peppermint can help reduce free radical damage and increase neurotransmitter activity, which may improve concentration, focus and memory. The menthol in peppermint has a calming anti-depressant effect, which helps to sooth and relax the body.

In a release from the British Psychological Society’s Annual Conference in Nottingham, UK researchers have found that peppermint tea can immediately increase short- and long-term memory.

In the study 180 healthy people were randomly selected to drink peppermint tea, chamomile tea or hot water. Before they commenced they were given a questionnaire. Twently minutes after drinking the tea or other beverages they were given another questionnaire measuring their short and long term memories and other cognitive functions.

The researchers found that the peppermint tea greatly improved their long term memory and also enhanced their working memory and alertness compared to the chamomile and hot water drinks. (3) 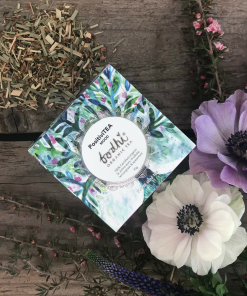 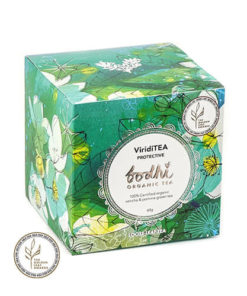 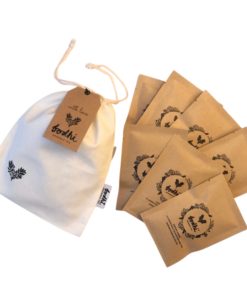